The World War II Destroyer Named for a Warrant Officer 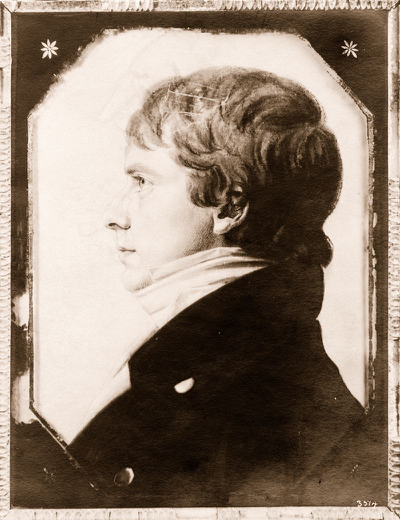 On August 31, 1940, the Navy announced, via Bureau of Navigation Bulletin Number 284, that it would be naming a destroyer after US Navy Warrant Officer, Samuel Hambleton. Warrant Officer Hambleton was a Purser that was commended for his actions during the War of 1812 by Commodore Oliver Hazard Perry.

As he prepared to battle the British, Commodore Perry wanted a special ensign or flag to notify the rest of the squadron when to engage the British. Perry’s purser, Samuel Hambleton, suggested “Don’t Give Up The Ship,” and Perry agreed. Hambleton found seamstresses in Erie, Penn., who made the flags with white lettering, giving them to the captains of Perry’s squadron and on the day of the battle, to Perry himself (Sorlie, 2015).

The following picture is the original “DON’T GIVE UP THE SHIP” Battle Flag: 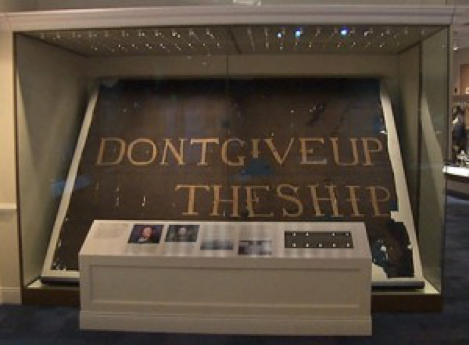 The original “Dont Give Up The Ship” flag is on display under low-light conditions at the U.S. Naval Academy Museum. During preservation, curators
found the original flag had been covered with a blue material, revealing the original stitching of the letters.
The flag is #11 on the History of the U.S. Navy in 100 Objects series. (Sorlie, 2015).

During the Battle of Lake Erie, Warrant Officer Hambleton served on board the U.S.S. Lawrence and courageously manned a gun and led men in battle. Commodore Oliver Hazard Perry commended Hambleton for gallant conduct in encouraging his men and personally working a gun until severely wounded (Hamilton National Genealogical Society, Inc). Despite almost losing his life, Warrant Officer Hambleton continued to serve his Navy. Until 1832, Purser Hambleton served actively in the Navy being attached to the U.S. Frigate JAVA and U.S. Ship COLUMBUS during Mediterranean cruises and to the JOHN ADAMS and the Sloop-of-War ERIE in the West Indies, as well as having duty at several shore stations (Bureau of Navigation, 1940). Afterwards, Warrant Officer Hambleton remained on leave or waiting orders until his death in 1851.

The USS HAMBLETON (DD-455) was a Gleaves-class destroyer. The HAMBLETON was commissioned December 22, 1941 and served for over 13 years before decommissioning January 15, 1955. On November 11, 1942 she was struck amidships on the port side by a torpedo fired from a German submarine. Despite the damage, the crew “did not give up the ship” allowing it to be restored in 1943 and repurposed as a minesweeper. She would participate in many cruises and exercises before entering the reserve fleet in 1955. The following is a picture of HAMBLETON just prior to her conversion: 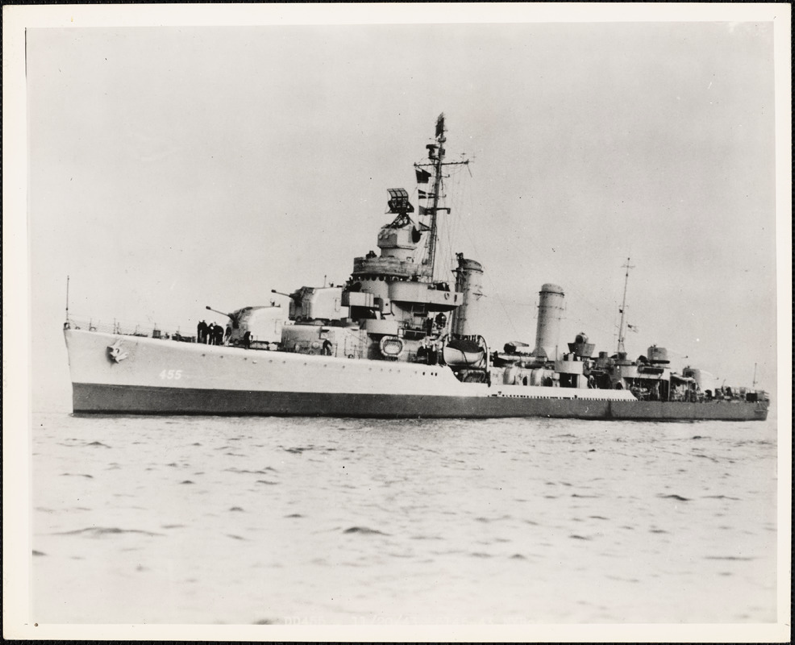